Whiskey or Whisky is a distilled beverage produced by distillation of grains, regularly different varieties are used including barley, corn, rye, and wheat. Nevertheless, the product differs widely depending on the base product used, alcoholic content, and quality. The typical unifying characteristics of the different classes and types are the fermentation of grains, distillation, and aging in wooden barrels.

The name comes from Latin aqua vitae which means water of life, widely used during the 15th century; also well known as uische beatha in Irish Gaelic and uisge beatha in Scottish Gaelic. It’s complicated clarify where the whiskey production comes from, however, the beginning of the art of distillation spread around Ireland and Scotland, and the rest is history.

As most of the spirits, Whiskey has evolved from use in medicine to an object of commerce in the spirits industry. Whiskey is a strictly regulated worldwide spirit and there are many classes and types of them.  It is important to clarify that after distillation, Whiskey is colourless. Aging is an essential process which gives character, aroma, taste and colour. Typically aged in wooden casks, generally made of charred white oak, depending on the manufacturer and the country originated.

The Scots spell whisky and the Irish spell whiskey, with an extra ‘e’, so, both are correct, however, the way of writing the word does not provide any detail about the quality or processing.

The differences between one whiskey from another are the type of grain that is used, the way that is distilled and how is aged, which give the notable profile to each whiskey. The grain used for whisky production traditionally changes depending on the geographical location of the country where it’s made.

As we said, the fermentable base for this spirit may be derived from grains, such as barley, corn, rye, wheat and the malted variety of them. The fermentation of the grain mash produces alcohol (like a beer). 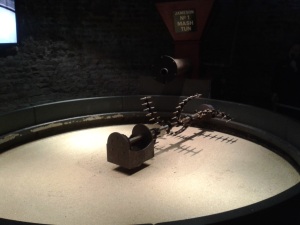 Find below some type of whiskey depending on the grains and other facts:

A remarkable difference between whiskeys is due to the distillation process. Regularly, Scottish and American whiskies are distilled twice while Irish whiskey is distilled three times. Distilling three times produces a lighter and smoother spirit. In Ireland and much of America, pot stills are frequently used whereas in Scotland distilleries use a wide variety of shapes and size of still and this gives a diversity of characters and flavours to whiskeys.

After distillation, the new made spirit is not yet whisky. It only becomes whisky by being matured. Therefore, the cask maturation of whisky is one of the most influential processes that define its taste. Nowadays, many kind of woods are used around the world, the wood of the cask adds complex flavours to the distillery character of the new made spirit. Different casks offer different flavours.

The type of cask determines the duration of the maturation, depending on the country and the type of whisky, by law, the spirit must mature for at least 2 years (USA) or 3 years (Scotland, Ireland and Europe). Aging whisky for longer than the minimum required time affects the quality and consequently the price of the whisky. 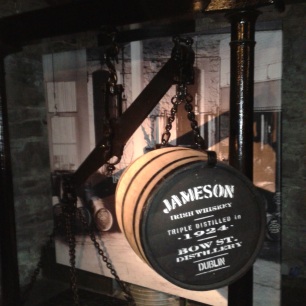 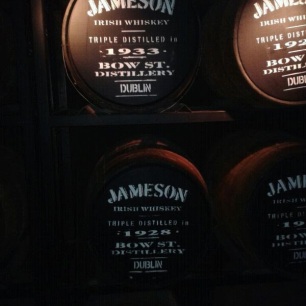 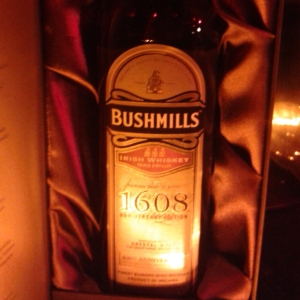