Is a chemical process by which glucose (sugar) is transformed in ethanol anaerobically (the absence of oxygen). This process was not identified until the 19th century by a French chemist and microbiologist Louis Pasteur used the term fermentation to describe the changes brought about by yeasts and other microorganisms growing in the absence of air (it means, fermentation was caused by living cells!); he also recognized that alcohol and carbon dioxide are not the only products of fermentation.

The word “ferment” is derived from the Latin verb fervere, which means to boil (interpreted by the CO2 bubbles that you can see during the process). It is thought to have been first used in the late 14th century in alchemy, but only in a broad sense.

Commonly occurs during the manufacture of bread, wine and beer, a process at least 10,000 years old. For example, ethanol fermentation causes bread dough to rise. Yeast organisms consume sugars in the dough and produce ethanol and carbon dioxide as waste products. The carbon dioxide forms bubbles in the dough, expanding it into something of a foam. Less than 2% ethanol remains after baking [Ethanol content of various foods and soft drinks and their potential for interference with a breath-alcohol test].

Louis Pasteur is considered the first zymurgist when he studied the fermentation. Zymology is an applied science which studies the biochemical process of fermentation and its practical uses.

The use of fermentation, particularly for beverages, has existed since the Neolithic and has been documented dating from 7000–6600 BCE in Jiahu, China [Fermented beverages of pre- and proto-historic China], 150 BCE in ancient Egypt [Evidence for S. cerevisiae fermentation in ancient wine], Fermented foods have a religious significance in Judaism and Christianity.

In all cases, fermentation must take place in a vessel that allows carbon dioxide to escape but prevents outside air from coming in. This is because exposure to oxygen would prevent the formation of ethanol. 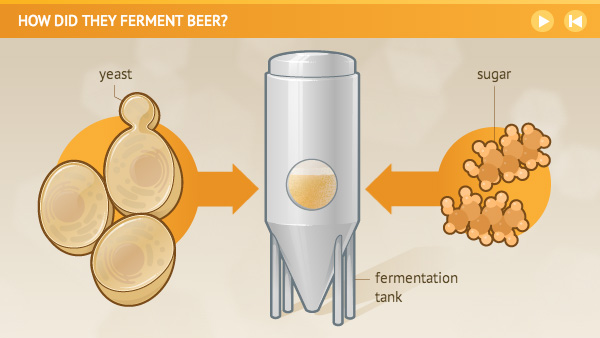 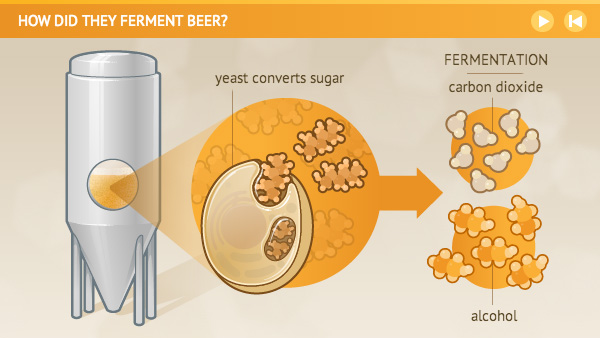